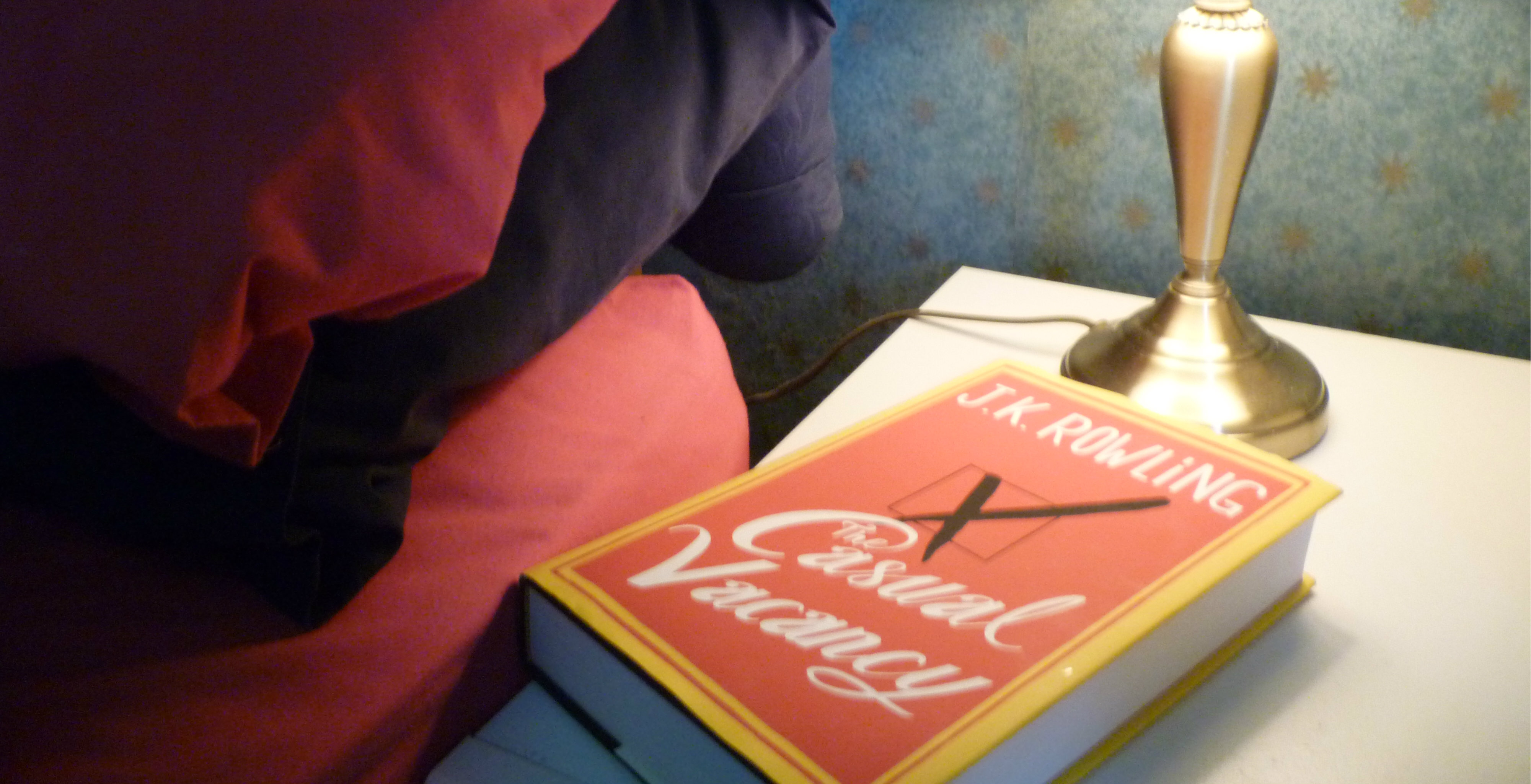 Rowling Unleashed- A review of The Casual Vacancy by J.K.Rowling

J.K.Rowling’s first foray into adult literature is certainly not for the faint-hearted. Freed from the shackles that have bound her to children’s literature, it is almost as if she is going out of her way to be shocking. The worst of life is here in graphic detail: bullying, self-harming, domestic violence, heroin addiction and under-age rape.

It is not an easy book to read, on many levels. It involves many different characters and different families and right from the start I had to keep checking back to see who was related to whom and where they fitted into the story. Equally bewildering was the premise on which the book revolves, the “casual vacancy” on the Parish Council. I became so confused about which side everyone was on and after a while I decided I didn’t really care enough to find out. I also found it hard to work out the geography of the setting: Yarvil, Pagford, The Fields, the Catermill Estate, I couldn’t work out what was supposed to be where, although it was obviously supposed to be important to the story.

There are very few likeable characters. Everyone seems to be out to hurt or injure someone in some way. Having said that, the characterisation is excellent. J.K.Rowling is able to describe an individual in a very few words and I really felt I knew the people well. Nonetheless she is clearly far more at home still with her teenage protagonists than with the adults and the descriptions of the youngsters and their school life rings very true.

I liked the way the various parts of the story came together. There is no doubting the e work of an excellent storyteller here. However I did find some parts far too lengthy and feel they could be shortened to good effect. .

The descriptions are very vivid, not just the squalor, the violence and the drug-taking, but some of the more ordinary descriptions. I particularly liked this:  “Howard was almost as fond of this hall as he was of his own shop. The Brownies used it on Tuesdays and the Women’s Institute on Wednesdays. It had hosted jumble sales and Jubilee celebrations, wedding receptions and wakes and it smelt of all these things: of stale clothes and coffee urns and the ghosts of home-baked cakes and meat salads; of dust and human bodies; but primarily of aged wood and stone. Beaten brass lights hung from the rafters on thick black flexes, and the kitchen as reached through ornate mahogany doors.”

The dialogue overall is pretty realistic, even if the use of dialect and slang did jar a bit in places, and most of the action is very true to life, with one or two exceptions: a doctor, however badly provoked, would never lose her temper and divulge confidential information about a patient and if she did, she would be absolutely devastated, she wouldn’t just shrug it off. Equally, a sixteen-year-old boy however deranged, would never welcome the idea of getting his 16 year old girlfriend pregnant, however brazen he is trying to appear.

I found the last few chapters not only bleak but interminable. It was all I could do to finish it. It felt like the author didn’t know where else to take the story. The small amount of happy ending we are allowed is almost unbelievable and just too pat.

A well-written, well-observed book but not one I would recommend to my friends.