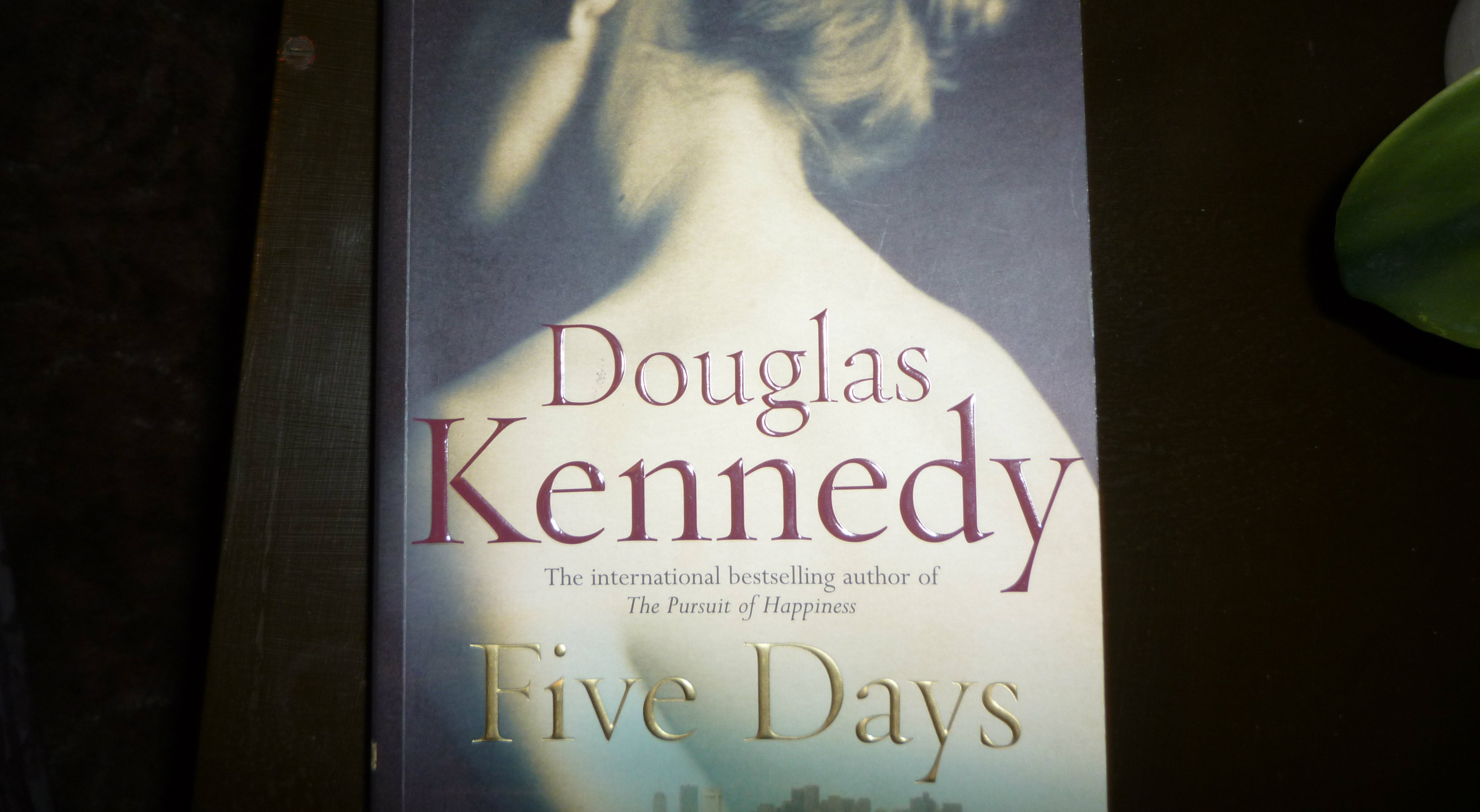 This is the third Douglas Kennedy book that I have read. I particularly enjoyed “The Woman in the Fifth”, it was refreshing and different. “The Pursuit of Happiness” was not quite such a good read. Indeed, I remember so little about it that I must have been very unimpressed.

Nonetheless, I do know I enjoy Douglas Kennedy’s writing style and the blurb on the back of the book made “Five Days” sound intriguing.

I liked the conversational style and the introduction to the main character and what she does for a living allows the reader to get to know her in a very personal way.

Having struggled in my own works of fiction to think and write “as a man” I admire the way Douglas Kennedy writes “as a woman”.

As the book progressed there was no doubting its essential Americanism. There are some good descriptions of “small town” life and of New England in the fall. The dialogue and mind set is also all-American. Two of the main characters have nervous breakdowns and there is much talk of “therapy” and a lot of “bearing of souls” which is anathema to us stiff-upper-lip British. Or certainly to someone of my age group. The relationship the main character has with her children is a case in point. She has heart-to-hearts with her teenage daughter. Her grown-up son confides in her daily via text or phone call.

The descriptions of “small town” life are very well done, as is the general “feel” of New England.

The description of a marriage going wrong was incredibly well handled: the misunderstandings, the bickering, the way it’s hard to get back on an even keel. Very good observant writing.

The crux of the story, where the heroine meets a new man is a first well handled. After a while, though, I found the flirtation began to irritate me. It was all a bit false and way too pretentious. Most people on a first date are too nervous and overawed to be able to trot out such clever words and expressions. They are more likely to search for the “mot juste” or clam up, or make a fool of themselves. There was far too much dialogue, it became tedious to read. I kept having to check who was saying what. I don’t have a problem with the concept of love at first sight, but it seemed totally unrealistic that anyone would recount their entire life story on so short an acquaintance.

The final chapter in particular seemed to drag. It hopped around confusingly from past to present and the only reason I kept reading was to find out what happened.

A book consigned to the charity shop, not to my bookshelf!