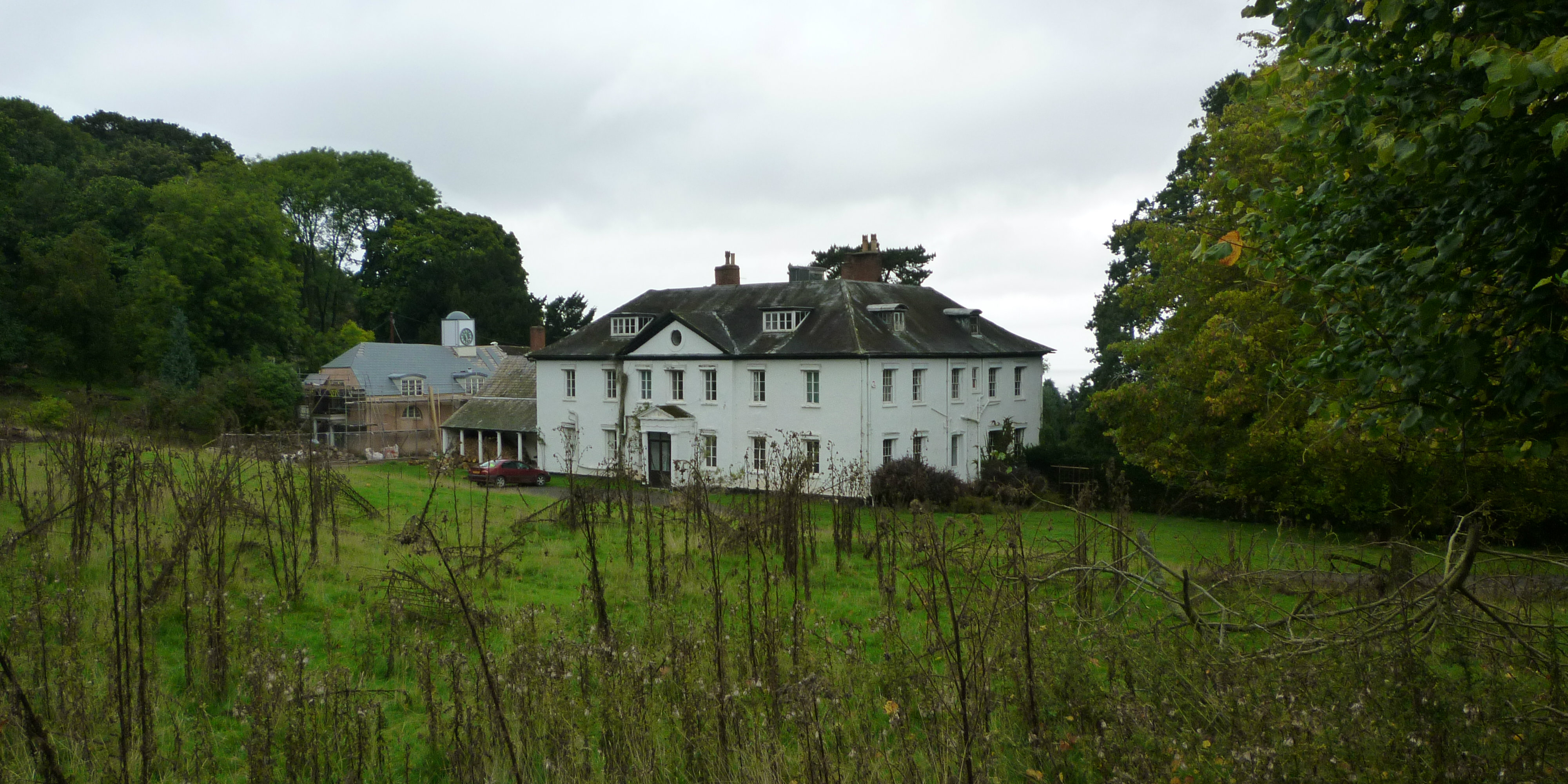 Most people associate the Lake Poets with, well, the Lakes, of course. The English Lake District, that is. Ask them where Wordsworth lived and they’ll tell you: in Grasmere. Dove Cottage, Rydal Mount. If they’re officionadoes they’ll even mention Allen Bank, only recently restored to the National Trust and once again open to visitors. The Somerset connection is often forgotten. The odd few will know of Coleridge Cottage in Nether Stowey, but people rarely talk of nearby Alfoxden Park (variously spelled Alfoxdon and Alfoxton). Yet this was the home of Dorothy and William Wordsworth for over a year at a vitally important time in their lives. Coleridge had only recently met Dorothy and William. They were in thrall to each other, reading each other’s poetry, criticising each other’s work. When Dorothy and William had to leave Racedown Lodge in Dorset, Coleridge found them  Alfoxden Park, only seven miles away from Nether Stowey, available, like most of the places they rented, at a peppercorn rent.This is how the Colerdidges and Wordsworths lived. If we met them nowadays we would see them as layabouts, no pretence at working, sitting around reading and writing, scrounging off friends like Thomas Poole, relying on wealthy patrons like Josiah Wedgewood. The only thing that set them apart was their genius.

Their work blossomed and flowered here in Somerset. Some of their best works were written here, inspired by their walks on the Quantocks and along the coast of Somerset.  They walked miles. It was nothing to them to walk the seven miles to and from each other’s houses, then carry on to Kilve or Porlock. Dorothy was always included in these long rambles, party to the literary conversations, the special friendship and comeraderie of the two great men. Poor old Sarah Coleridge, stuck in a tiny damp two-up, two-down cottage, alone all day with the chores and two small babies to look after. No wonder she grew to resent the Wordsworths.

The first reading of The Ancient Mariner”, who set sail of course from Watchet Harbour, took place in the drawing room at Alfoxden Park Yet try to find Alfoxdeon Park on Google Earth and you will be sorely disappointed. My husband can remember it was a smart hotel and restaurant in the 1960’s. When and why it closed down is lost in the mists of time. Now it is sadly changed, the render falling off the front, the paint peeling off the window frames, the garden a wilderness of long grass, thistles and brambles. A tennis court lies abandoned, its net still hanging from its hinges, moss, long grass and brambles obliterating the surface. 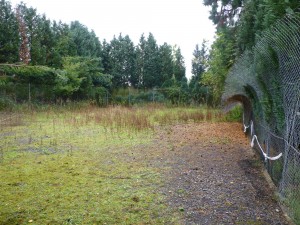 The Tennis Court at Alfoxden Park

The once well-managed parkland is littered with fallen branches, the swell of the land and the outline of the trees the only sign of its original landscaping. Red deer still roam the area, as they did when Dorothy Wordsworth wrote of “a head of 70 Red Deer.” We saw two separate herds: one in the woods and one in a field, watched over by a magnificent 12-point stag. 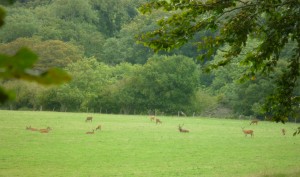 A public footpath leads past the house, but Alfoxden Park itself is privately owned. With no signs actually saying “Private” we have tried several times to get close, but the owner appears, warns us off and our explanations that we are only interested in the history of the house and its connection to the Wordsworths, fall on deaf ears.

This is the plight of such old houses, even ones of such national and historical significance.  The National Trust can’t possibly afford to buy up all of them, let alone maintain them if they did. Too large for family houses, too remote for hotels or spas, what is left for them but to fall into decay? But what a shame that this important connection to Wordsworth and Coleridge is not available for all to enjoy.