Now we are sixty…. 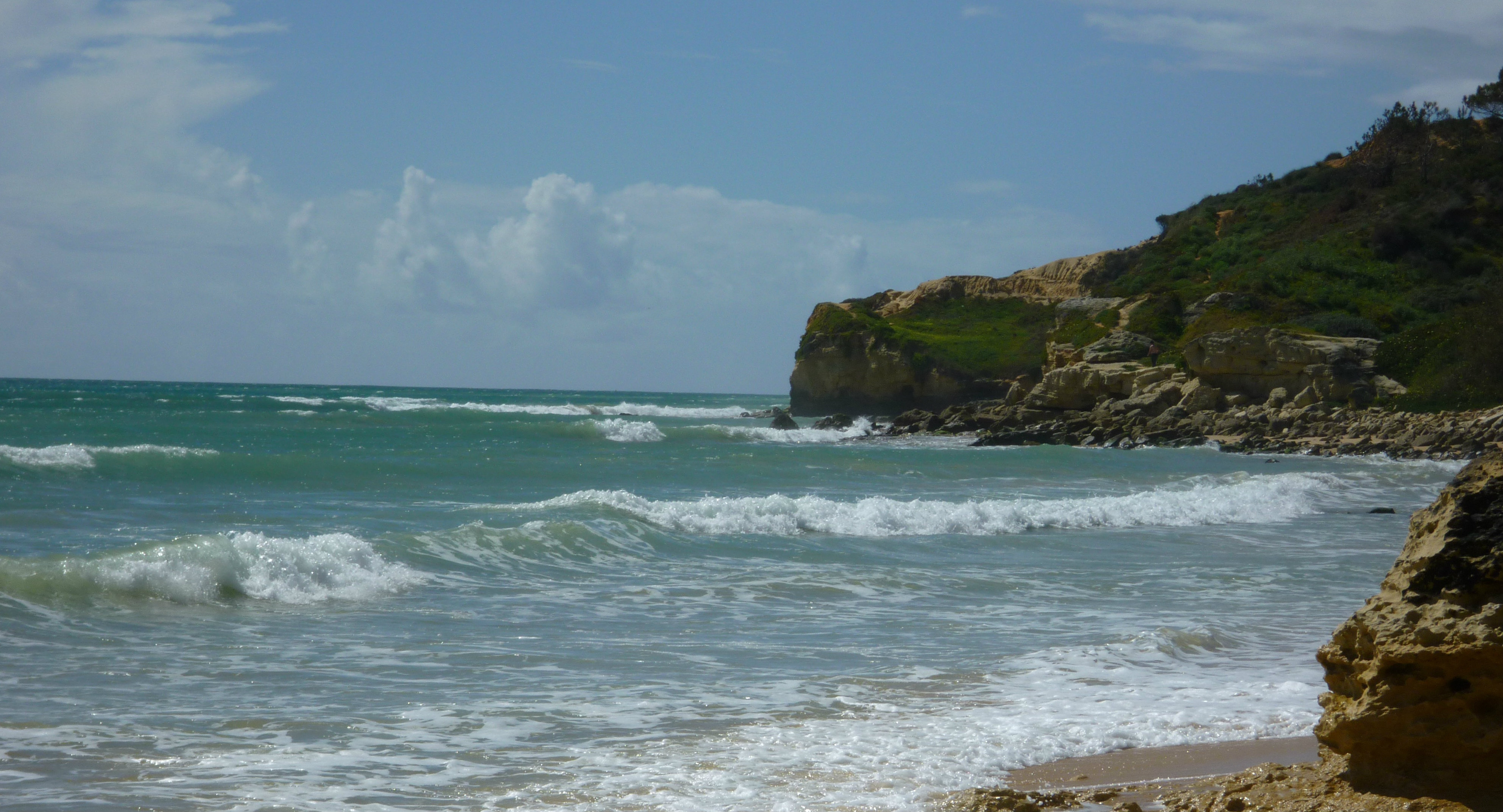 Now we are sixty….

It was my husband who suggested we went away on holiday for my 60th birthday. We had invited all the children to lunch for my 50th but now that they are older and live away from home and have children of their own logistically it is far more difficult to arrange.

Originally I fancied Italy but it seemed that flights and hotels were difficult to arrange in March so never having been there before we chose Portugal and because it’s a special birthday we booked a “Spa hotel”.

At first sight, driving from the airport, Portugal looked very like Spain, the uneven dry dusty roads, the tired and tatty-looking shops and houses, the holiday makers wandering along, the locals hanging around chatting to each other.

Usually we try to choose small hotels, preferring the individual touch, but the so-called Spa hotels are always bigger. The Porto Bay Falesia hotel is beautifully situated overlooking a sweeping sandy beach with glimpses of the red cliffs through the pine trees.

We didn’t expect hot weather in late March, but in fact we had some sunshine nearly every day. If the morning was cloudy the afternoon was sunny and vice versa. There was the odd rainstorm, but these were soon over and the skies cleared again. It certainly wasn’t warm enough for shorts and t-shirts or for sunbathing (although a few intrepid people did!)  but it was certainly warm enough to sit outside at lunchtime.

One of the few disadvantages to holidaying in March was that it was dark in the evenings so we couldn’t walk out after dinner but the hotel provided low-key entertainment in the bar: a pianist, two different female singers, and people could sit and listen or dance if they wanted.

We had a hire car so we could explore the area, visiting towns like Albufeira with its quaint old streets and bustling shops, driving along the coast to Lagos to see some of the most beautiful coastline in Portugal with their long sandy beaches pounded by the rolling waves of the Atlantic ocean , the unusual rocky outcrops and stunning red cliffs.

It’s the natural beauty that this area is renowned for. The only cultural interest we could find was a Roman archaeological site at Vilamoura which was certainly worth a visit with its fragments of mosaic floors and the ruins of villas, streets and baths. The small museum attached allowed us to understand how the area had changed, the sea level dropped, and why the site was strategically important to the Romans.

This was a wonderful holiday, at a time of year we would never have considered going before and even though we would not necessarily go back to Portugal again, we really enjoyed our time there.