Book Review: The Woman in the White Kimono by Ana Johns 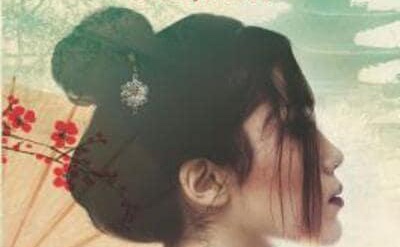 Book Review, The Woman in the White Kimono by Ana Johns

This is a beautiful written book, in fact almost too beautifully written: in some places it felt like a fairy story. I found the first part a bit off-putting: there is an awful lot of sitting by a bedside watching a loved one suffering, which doesn’t move the story forward and is almost slushy in its portrayal of an end-of-life scenario.

The main story, however, concentrates on Japan and Japanese culture, a way of life and attitude unknown to many westerners. Again, I would have preferred less of a fairy story about the romance. I found it hard to believe that a seventeen year old girl would happily spend hours painting a picture and then making pretty lanterns for her wedding rather than get to work cleaning and tidying the filthy smelly shack she will be living in. It would have been far more effective to show how horrified this sheltered girl is at the harsh reality of the life she has chosen. The same is true of the hospital she is admitted to later on in the story. There is nothing really to describe her horror at the hardship, the cold, the privations, just descriptions of her friendships with the other girls. And here the story becomes a bit bogged down, going over and over her attempts to escape. The ending too, was just too perfectly scripted to ring true.

On the plus side I enjoyed the descriptions of Japan and the Japanese way of life and, despite my criticisms, I did find the book drew me on and I still find myself thinking about it and about the issues it raises.