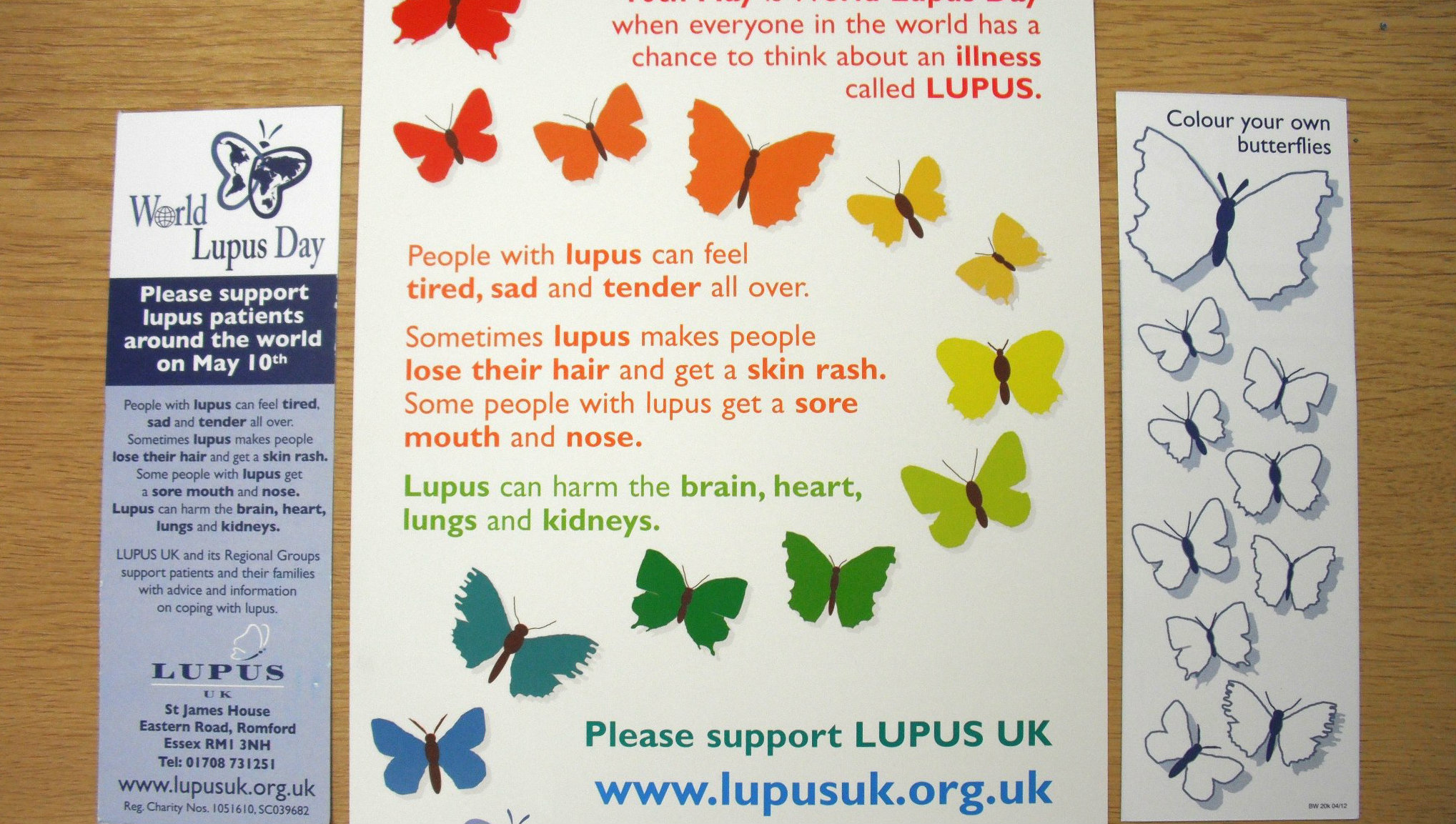 “You always look so well.” Everyone says. “I can’t believe you have Lupus.”

The name comes from the characteristic lupus facial rash (also called a malar or butterfly rash) which apparently looks like a person has been bitten in the face by a wolf. I rarely get the rash myself and in common with most sufferers I have a multitude of differing symptoms. It’s a very individual disease. Every person you speak to will have a different story. Small wonder it’s so hard to diagnose.

In the seventeen years I’ve had it, the disease has altered dramatically. It first manifested as Rheumatoid Arthritis. I woke one morning with stiff painful knees and for  several years I could scarcely walk , hobbling around like a little old lady, sometimes using a walking stick. Other joints became affected and I had to reduce my hours at work, giving up the management position I loved so much, and became, if not depressed, then certainly low in spirits. My symptoms were worse than my signs. Despite a lot of pain and stiffness my joints were undamaged and my Rheumatologist shrewdly decided that in fact I had Lupus. Treatment was steroids, disease modifying drugs and painkillers.

Other conditions I had had for years, IBS and migraine, increased in severity and frequency and were joined by kidney problems, pericarditis and dry eye.

Then there are what I call the “bad days”. When I first had one of these I thought I was going down with flu. I was dead tired and I ached all over, my muscles as well as my joints.  I got up, I went back to bed. Tried to get up again, went back again. I slept all day and all night. I still get these regularly, out of the blue. There’s no point trying to fight them. You just have to sleep through them.

Over the next few years my joint symptoms gradually improved to the extent that I was considered to be “in remission”, though I was frequently still in so much pain, I found it hard always to agree with this.

Slowly, though, I realised I was less stiff in the morning, I could move more freely, had less pain when I walked, my gait improved and I began to believe I was, if not cured, then at least temporarily reprieved. For years the only exercise I had been able to do was swimming, but now I took up dancing and Pilates and was able to go for long walks again.

With time this too has improved. I’ve been able to cut down my steroids (very slowly) but will stay on disease modifying drugs. The tops of my arms and legs are still stiff and painful, especially in the mornings, but I’ve been able to go back to Pilates and dancing, and going for long walks.

And people still say “You look so well!”