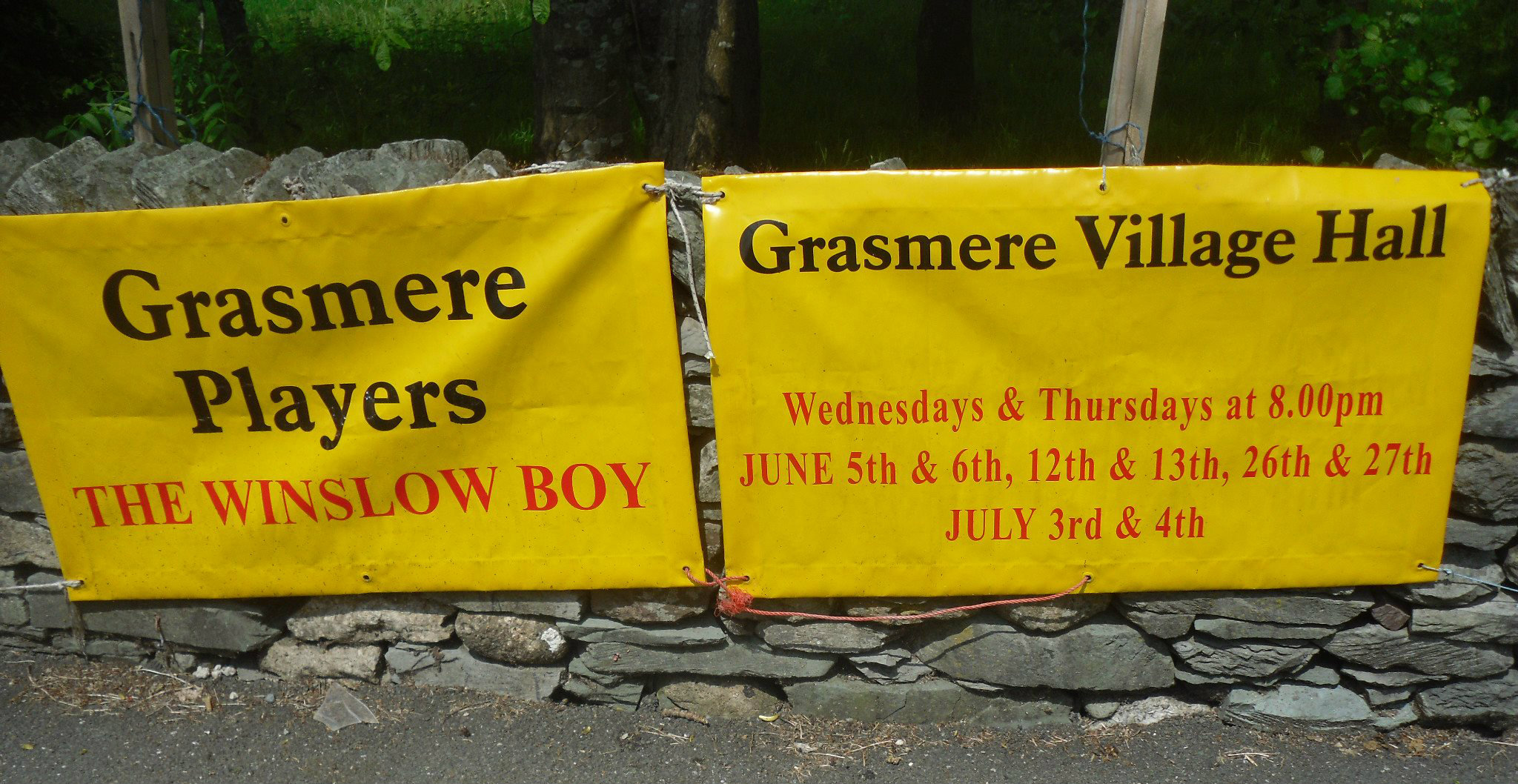 Review of Terence Rattigan’s “The Winslow Boy” performed by the Grasmere Players.

Every year when we go up to Grasmere we try to fit in a performance by The Grasmere Players. The expertise and professionalism of the troupe never ceases to amaze us. Despite the limitations of a village hall, the set is always excellent and the costume design well researched and executed.

The standard of acting overall is second to none, some of the finest we have ever seen in amateur dramatics.

The play this year was Terence Rattigan’s “The Winslow Boy”, a play I had not seen before, though my husband knew it well.  It isn’t an easy play for an amateur cast. There are some difficult passages, with long dialogues and a lot of reacting by the cast to exchanges between main protagonists, where tension can be hard to maintain.

For those unfamiliar with the play I won’t spoil the story. Suffice it to say it concerns the Winslow family and family honour and is a study of justice for the “little man”.

All the actors were word perfect and the direction superb. Special praise has to go to Trevor Eastes, who we understand is the local Pharmacist when he is not “treading the boards.” As Arthur Winslow he has to carry the story and thus has a weighty part to play, not only in terms of lines, but in character and interpretation.

Catherine Winslow, played by Sophie Miller, was also brilliantly acted, managing to convey to perfection the protagonist’s strength of character, her quiet dignity and her confident determination to do what she considers right, no matter what the personal and financial cost.

Grace Winslow (Moira Rowlinson), as the “mouthpiece” for the audience’s concerns, also played her part well, reacting to the action around her even when she was not actually speaking.

The only negative point, and this is being very pedantic, was the direction given to Ben Abdelnoor who played Desmond Curry. Why did the director feel it necessary to make him such a comic character? In a play where everyone else acted seriously, it seemed totally out of keeping for him to be a caricature. A dead-ringer for Arthur Pewty in Monty Python’s flying circus, we laughed out loud every time he appeared, for all the wrong reasons. Far better to have played him straight, giving the character the poignancy he deserved, rather than turning him into a figure of fun.

The play itself gave us a lot to talk about: whether or not the boy was actually guilty, whether it was worth putting the family through personal and financial difficulties to prove a point, the waste of court time on such a minor issue, the suffragette movement and the imminent war.