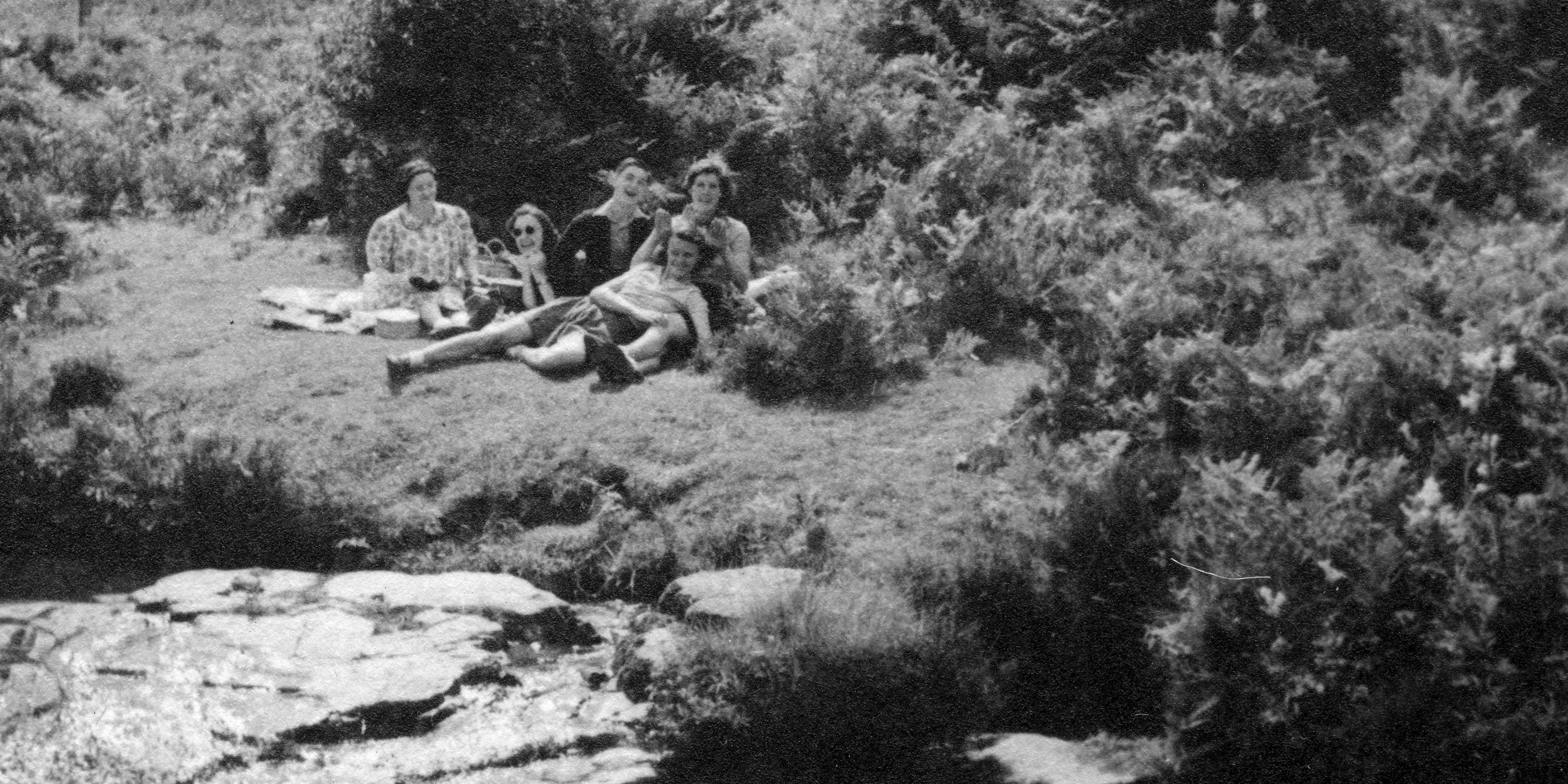 My father-in-law’s love of photography means we are fortunate enough to have been left with hundreds of black-and-white photographs dating back to 1932 when he was a teenager.

Just eighteen when he met his future wife these photographs portray young people of that era falling in love in an innocent way unknown to youngsters of today.

They met, as many people did in those days through the church, their friendship strengthened by the local Tennis Club and their many mutual friends. Families knew each other better in those days. Parents’ approval was more important.

My father-in-law was training to be an Optometrist. Is this why he was so interested in photography? As an Optician myself I find the two often go together. The fascination with optical instruments and lens systems influencing hobbies as well as a career choice.

It must have been a relatively expensive hobby at the time. We’re not exactly sure how he was able to afford a camera. Buying films and developing them would have added to the expense.

Frustratingly the photographs are in no particular order. We have to guess who’s who and when they were taken. There are piles of negatives. Presumably my father-in-law considered sorting them “one day” but never got around to it. In order to preserve them from deteriorating further my brother-in-law has transferred them to DVD and my husband and I sometimes flick through them. “Auntie Evelyn.” He says of an attractive brunette with her hair fashionably permed, or “Uncle Maurice at the beach.” Of a man with short back and sides in an old-fashioned swimming costume. 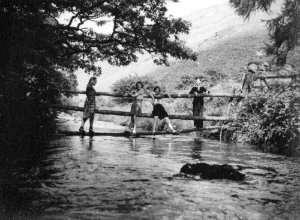 The photographs taken on holiday in the West Country are among the best. Apart from the funny clothes and the dated hairstyles the group of young people are doing exactly the same as we do nowadays: picnics on the beach, walks on the cliffs, sitting outside in the sunshine. We see happy days, happy smiles, so much hope, so much youth and vigour. Blissfully unaware of the hardships and loss of the war years on the horizon. 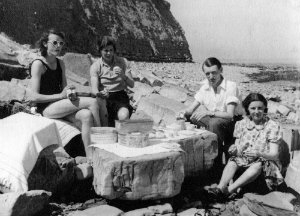 Other photographs show London with fewer cars, Minehead in the 1930’s with its pier. There are pictures of my husband’s Grandparents. Only in their sixties at the time they look so much older, the women in shapeless print dresses, their hair in a bun, the men in caps and suits. So different from today when pensioners dress like forty year olds. Back then even the casual wear of teenage men was shirts and ties, the girts pretty dresses or skirts and blouses.

No one else I know has such a wealth of pictures. Certainly not my own family. The odd blurry snapshot maybe. A few posed studio sets.

These photographs bring the family to life in a way nothing else does, preserving a heritage to pass on to our children. By then they may be of little interest, pictures of people they never knew. Maybe they’ll just throw them away. I do hope not.

Your pictures are really lovely Bethany. Believe it or not I have boxes and boxes my father would like me to take on of very similar old family pictures Mum and Dad have. Fun times at the beach as teenagers etc. I agree with what you say, apart from the hairstyles and some of the clothes, the pastimes are very similar to that of today. So interesting… I may get around to posting some myself soon. What this space lol