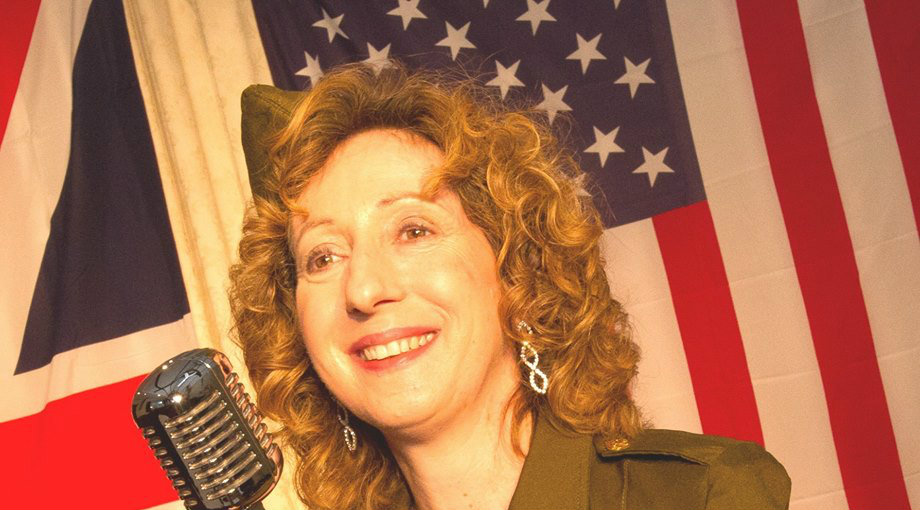 Review of “Hits from the Blitz” Five Star Swing Band at the Regal Theatre, Minehead Somerset

As I believe I may have said before we are lucky enough to have a theatre in Minehead still putting on good plays and shows, in this present day austerity, with many theatres like The Brewhouse in Taunton, having to close down.

The Regal Theatre was built in 1934 as a 1600 seat theatre and cinema. The ground floor is now a Poundland outlet and the theatre is upstairs in what was originally the “Circle”.

On Friday 30th August we were treated to “Hits from the Blitz” performed by Five Star Swing. What an amazing band! With only five of them on this particular tour, they had to be versatile and three performers played more than one instrument. Band leader Chris Smith even played trumpet and keyboard at the same time in some numbers! His wife Simone is vocalist, and also played alto saxophone, clarinet and flute. One of the other musicians played trumpet and bass guitar.

The show promised “famous war-time tunes and sing-along-songs”. Like many of the audience I am too young to remember some of the songs- a song sheet with the words on would certainly have helped- but I joined in as best I could and enjoyed the atmosphere with the audience swaying and waving their arms to songs like “There’ll be blue birds over the white cliffs of Dover”. Incidentally, the bluebird, is, of course, not indigenous to Britain, but the lyricist, Nat Burton, was American, and didn’t know this.

I’m not a fan of some jazz styles but feel Glenn Miller is more accessible, the “pop” music of his day of course, and easy to dance to. Five Star Swing brought the music to life. Simone made her instruments “sing”.

We were treated to a “star turn” by the bass guitarist (whose name unfortunately I can’t remember and have been unable to find on their website). Multi-talented, like Chris and Simone, he produced his trumpet and played two Louis Armstrong pieces.

This was a great evening, and one I would certainly not miss if it is repeated again next year.