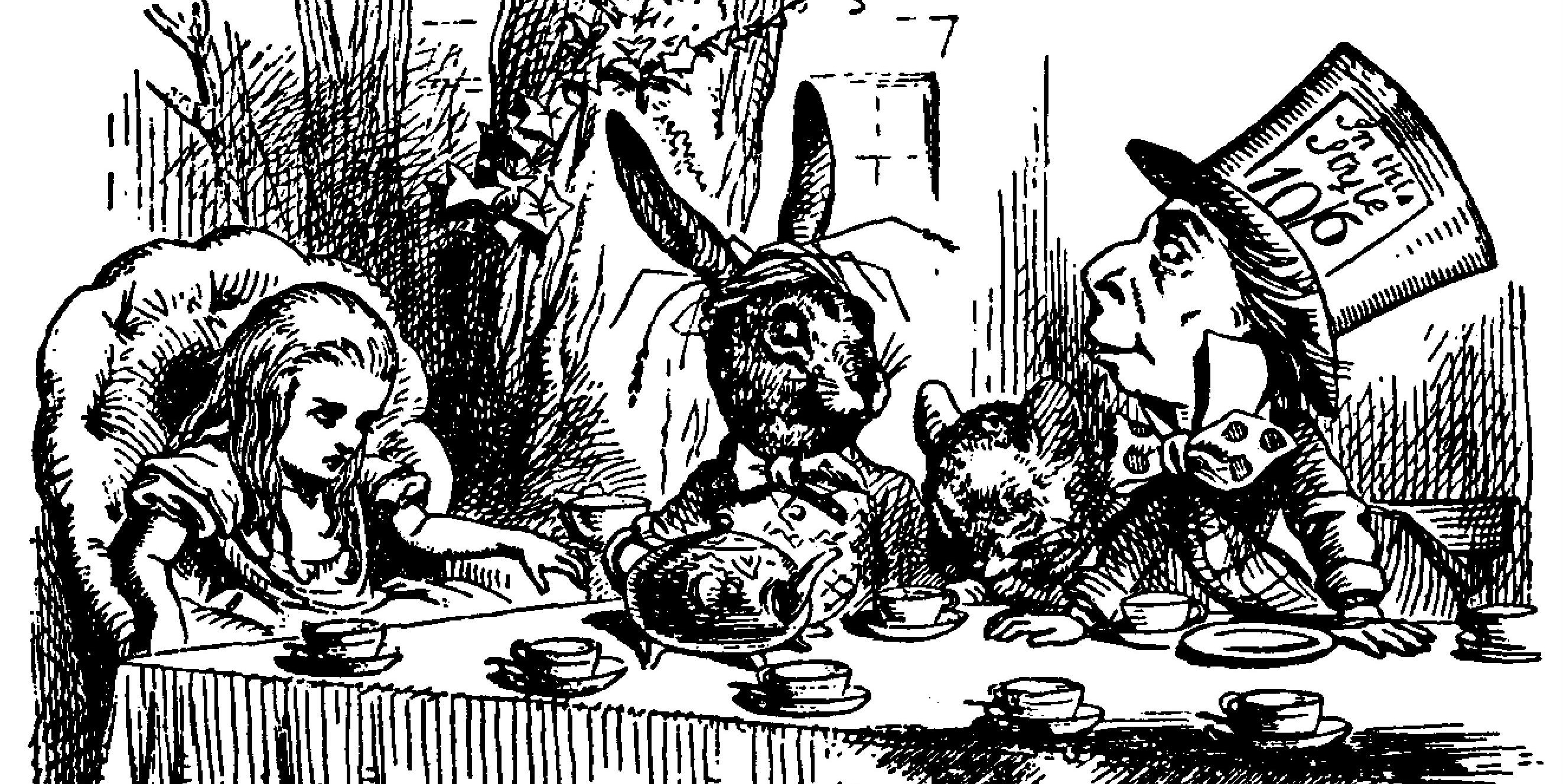 I’ve never been a huge fan of the Alice books, finding them vaguely unsettling. Yet I know they’re hugely popular, a timeless ageless appeal I find hard to understand.

The real story surrounding the author, Charles Dodgson, writing as Lewis Carroll, is equally mystifying. There are missing and expurgated diaries, enigmatic letters, hidden photographs. Even the man himself, Charles Dodgson, saw himself as a different persona to his alter ego Lewis Carroll. And the “real” Alice, Alice Liddell, didn’t like talking about him in later life.

The Alice books would never have been written of course were it not for Carroll’s relationship with the Liddell family. It’s important to recognise however that the fictional Alice with her long hair that dipped into the water, bore no resemblance to the real life Alice Liddell with her close crop of dark bobbed hair. The fictional Alice is Every Child, Carroll’s Dream Child, his perfect Child Friend. Important also to realise that although the story was originally told to Alice and her sisters,Carroll quickly realised its potential for publication, for money, for fame, and submitted it to a publisher long before he wrote it out and presented it to Alice Liddell.

Like J.M.Barrie with the Llewellyn boys, the link to paedophilia is unavoidable to today’s way of thinking. Barrie and Carroll both worshipped children, Barrie immortalising his lost boys in “Peter Pan”, Carroll his little girls in the “Alice” books. Both also took nude photographs of children, Carroll prolifically so. It is important to remember that they were living in a different age. The Victorians, however, saw children as innocent beings, little angels, their bodies pure and perfect. Postcards of naked children, posing in what we consider provocative adult poses, were bought freely in seaside towns. Parents lined up to have their children photographed naked, even when those children were well-developed girls  in their teens. Carroll’s studies, uncomfortable to us as they are today, were considered works of art.

So were he and Barrie repressed paedophiles or did they genuinely and innocently love children? Neither seem to have had sexual  relationships with women, although Carroll was in fact friendly with older women in later life. People will make apologies for them both, protesting their innocence, yet to me the truth seems irrefutable, the evidence too clear to discount. Barrie loved his little boys, Carroll his little girls. Maybe they did nothing about it, but to me it seems they were both deeply disturbed men.