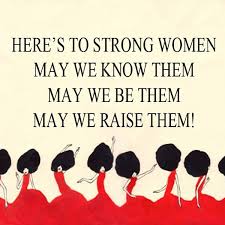 I’ve just finished reading a biography of Mary Shelley and Mary Wollstonecraft. (Charlotte Gordon “Romantic Outlaws”) What amazing women they were! We think we invented free love and women’s emancipation in the 20th Century, but they were defying convention centuries before.

Mary Wollstonecraft came from a humble background. She witnessed her own mother cowed and humiliated by her husband. She helped her sister leave an equally abusive husband. With very little financial support she set up a school. It was her writing that really set her apart. Undeterred by adverse reactions, by those who called her “a hyena in petticoats”  she wrote groundbreaking books such as “Vindication of the Rights of Woman”. She travelled, on her own, at a time when women scarcely ever left the house. She lived in France during the Revolution. Feeling marriage to be an outmoded state in which the husband had total domination over his wife, she lived openly with the father of her illegitimate baby in flagrant defiance of the mores of her time and despite being shunned by society.

Her daughter Mary Godwin (later Shelley) was equally rebellious. The daughter of two intellectual giants, Mary Wollstonecraft and William Godwin, she eloped at sixteen with the poet Shelley, who was already married with children. Not only Shelley’s muse (at least initially) and despite the demands of domestic life and motherhood, she wrote novels and biographies, including of course the famous “Frankenstein”, although the story now known differs widely from her original.

At this stage it’s worth mentioning another woman who defied convention: Claire Clairmont was born Jane Clairmont. She was Mary Shelley’s step-sister, her mother having married Mary’s father William Godwin. Not wishing to be outdone by her more famous step-sister, she made sure she was included in Mary’s elopement, re-invented herself by changing her name to the more romantic -sounding Claire and lived with Mary and Shelley throughout most of their life together. It was to her Shelley turned when life with Mary became difficult. She was his confidante, probably his lover. They may even have had a baby, though this is lost to history. Swept along by Shelley’s idea of free love she threw herself at Byron, who used her badly, abandoning her when she became pregnant. Hers is a sad story. Totally reliant on Shelley and knowing she had no means to support her baby daughter, she allowed Byron to put little Allegra in a convent where she died from typhus at five years old. Understandably embittered by this, she wrote in later life that free love had brought her and Mary nothing but unhappiness.

Women before their time. Strong women, braving the disapproval of society, unafraid to live by their principles. These are the women who inspired the suffragettes and the Womens’ Lib movement of the 70’s. We must be grateful to them, stand up for ourselves. For as Mary Wollstonecraft famously said “All men would be tyrants if they could.”