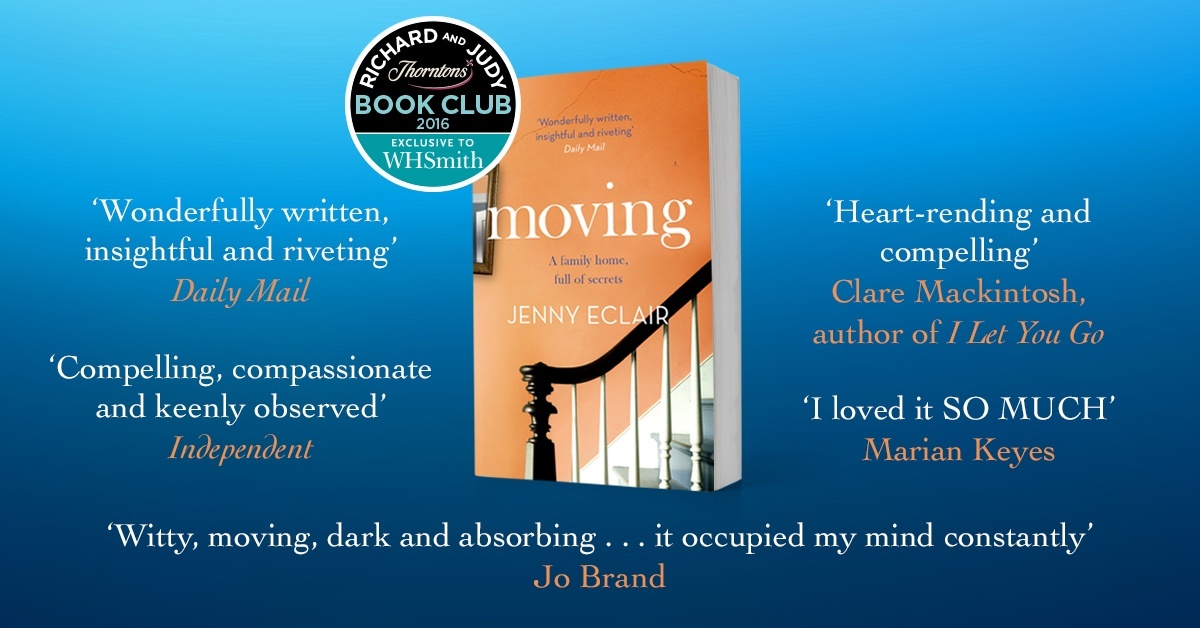 I picked this book up in Waterstones, attracted by the cover image and the title. I didn’t immediately recognise the author’s name, it was my husband who reminded me that we’d seen Jenny Eclair on television. The moment I started it I was hooked. This is just the sort of book I love: insightful and thought-provoking and whilst it is basically about family life and relationships it has just the right amount of drama and a dash of mystery to keep you wanting to read more. In fact it is easily the best read I’ve had in years and less than a third of the way through I was searching online to see what else she has written and order another book.

Jenny Eclair has that unique gift of an author: a voice. Each of her characters is so brilliantly portrayed that you almost know their every thought. You can see them, hear them, you know how they’ll react in any situation.

It’s a novel with great pace, realistic dialogue and vivid descriptions. Here is just one such:

“A massive wardrobe squats in the middle of the room surrounded by various pieces of redundant furniture. A set of seventies bunk beds smothered in stickers. Edwina thinks she can just about make out a gummed-down football card with Kevin Keegan’s face on it, all perm and wolfish grin. An upended, broken Lloyd Loom chair leans against a nasty modern bookcase, which in turn teeters on a Formica-topped table. Surely that used to be in the kitchen? A chaise longue stands on its hind legs against the far wall, its faded tapestry upholstery torn across the middle, and, buried beneath a pile of old curtains, she can see the corner of a school trunk.”

The novel is so well crafted. It’s a masterclass in storytelling. The original concept, the house move, is just a vehicle to tell the story, which is hinted at in such a way as to leave you wanting more, then gradually re-told, filling in the details, by several different characters, some of whom you like, some you don’t like, some you sympathise with, some you just don’t understand, but the important thing is they’re all real people.

My only criticism is that one of the main protagonists is just too beautiful to be believable, with her flaming Pre-Raphaelite hair and her perfect skin and body. She is the weakest-drawn character: she has no conscience and doesn’t seem to suffer any doubts or regrets. It’s a minor criticism however and didn’t detract from my overall enjoyment of the book.

I have already purchased my next novel my Jenny Eclair “Camberwell Beauty” and can’t wait to start it!