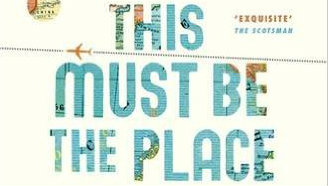 Book Review “This Must Be The Place” by Maggie O’Farrell

Maggie O’Farrell is one of the writers who has influenced my own writing style. She has a way of delving into people’s minds, describing family and relationship dynamics and producing believable characters that I try to emulate. The two books by her that I have read and enjoyed are “Instructions for a Heatwave” and “My Lover’s Lover”.

“This Must Be the Place” starts brilliantly. I really loved the style and pace of the writing and the way the characters are introduced and to begin with I liked the clever way it switched from character to character, voice to voice and story to story, even though it meant I had to keep my wits about me with the timescale.

After a while, however, the intricate and clever structure began to pall. It began to feel just a little bit  too clever, as though this clever structure was more important than the actual story. And when I read the notes at the back of the book I felt that the author herself was a bit too self satisfied with her clever new-found way of telling a story “like a house without walls” and I couldn’t help wondering why she just couldn’t have just told the story in the conventional way.

So, this is a book you have to work at. I don’t mind that. I do, however, have other criticisms: unlike other novels I have read by Maggie O’Farrell, I found these characters and what happened to them unbelievable: an ordinary office girl landing a job in a film company and then being asked to appear in a film without any acting experience? These things just don’t happen. And the angst and agony of an alcoholic who throws away his marriage was too long and drawn out. Some of the other voices and stories we heard seemed extraneous to the story, almost like short stories the author had in mind but couldn’t flesh out enough so just shoe-horned them into this book. Which brings me nicely on to my final criticism: the books is just way too long. About two-thirds of the way through we reach what should be the climax when the main “mystery” is revealed and after that I picked it up each time with a sense of dread because reading it had become a chore, something I had to do just to reach the end.

So all in all a big disappointment to me and not a book I could recommend.