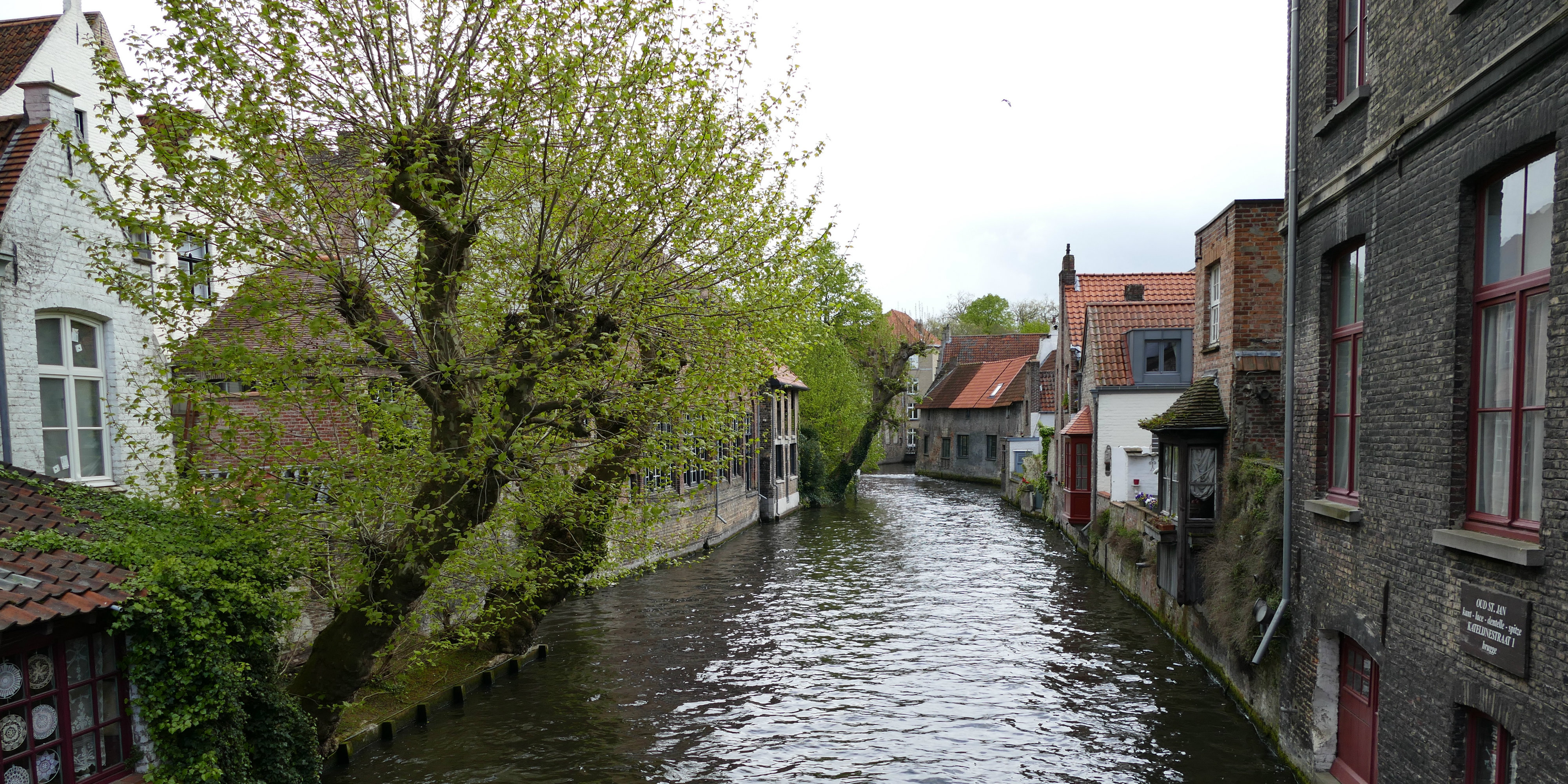 Bruges by Eurostar was always something we had wanted to do. One of our daughters lived near the Ebbs Fleet Eurostar station for years but strangely we never took advantage of going either to Paris or Bruges while she lived there. Maybe it was because we were working at the time and it seemed simpler and quicker to drive up to Bristol Airport and hop on the aeroplane.

We used to do a lot of city breaks when we were working. Holidays were definitely mote important then. We were incredibly well organised about them and at the start  of every year we sat down and planned the time off, dedicating the early summer months (before the school holidays) to places like Italy, France, Spain or Austria, leaving the spring and autumn for city breaks like Rome, Prague or Budapest.

Holidays are less important when you’re not working, especially when you already live in a beautiful part of the world and can go out for a drive or a walk whenever it’s a lovely day, but everyone needs a break and the chance to explore somewhere new.

So in January this year we booked the trip to Bruges.

The Eurostar train was sleek and smooth, more like travelling on an aeroplane than in a train, the only down-side being you have to heave your suitcases on and off. This proved even more of a disadvantage at Brussels, where we also has to manoeuvre them up and down escalators and across the station concourse to find the correct platform to take the connecting train to Bruges.

Bruges or Brugge (the Dutch spelling) is the capital and largest city of the province of  West Flanders in the Flemish region of Belgium. The first thing I noticed was that whereas French had been spoken in the station at Brussels, here the language appeared to be Dutch. In fact it is Flemish or Belgian Dutch.

The city itself is beautiful, its mediaeval architecture unspoilt by any wars, leaving its buildings intact. The most famous building is the 13th century belfry, which has a carillon of 47 bells. Other places to visit include the Church of Our Lady with its spire of 122.3 m (401.25 ft),  one of the world’s tallest brick buildings. Here we saw the sculpture of the Madonna and Child by Michelangelo, the only sculpture by him to have left Italy within his lifetime.

We also went on a boat ride in one of the open boats on the canal. Bruges’ canal system lead it to being called the Venice of the North.

But mostly, like everyone else, we spent our time wandering around the beautiful mediaeval streets, marvelling at the lovely architecture. Even in a cold windy late April it was busy, but there were still some places we could escape the crowds, the Romantic Lake with its Lovers Bridge and parkland and the Almshouses, which is wonderfully quiet and peaceful.

The journey home on the train on a Saturday proved something of a challenge as we had to change trains en route, alighting at a station with no platform, heaving our suitcases up and down two sets of stairs (no escalators) and rushing to get our connecting train so we didn’t miss the Eurostar to Ebbs Fleet.

I would say definitely visit Bruges, it’s one if this places you shouldn’t miss, but if you’re going by train don’t take much luggage and however you travel, do take plenty of money. It’s desperately expensive!


2 Comments for Bruges in April

Tut tut cuz one major spelling error. Where is this Pairs you never got around to visiting by Eurostar lol. I liked Bruges, especially the cafes around the town square. Loved the shops with beautiful lace goods and don’t forget the chocolate!

Haha 🙂 Spelling mistake now corrected! Yes, I forgot about the chocolate! We bought a box (at huge expense!)