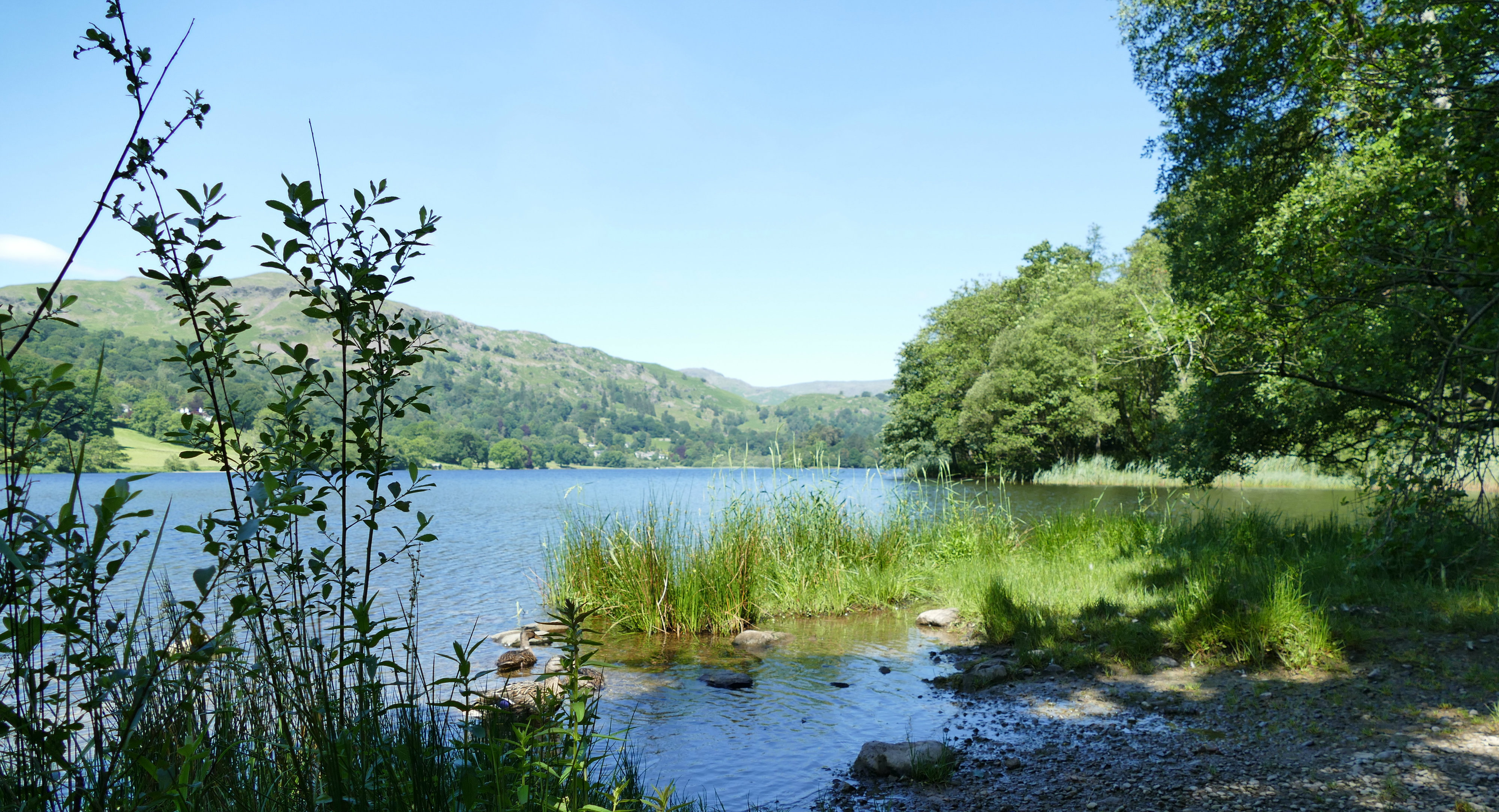 Since visiting Bruges in April we have had two more trips away.

In May we had two nights in Stratford-upon-Avon followed by two nights in the Cotswolds and we have just returned from a week in the Lake District.

The trip to Stratford had been long postponed. For several years we made a habit of going up once a year to see a Shakespeare play and only stopped because of the refurbishment of the Royal Shakespeare Theatre. Then it took us until this year to start going again. In January we looked at our diary and the performances that were on and opted for Antony and Cleopatra, a play neither of us had seen before.

It was raining hard when we arrived in Stratford and didn’t let up the whole time we were there so we had to cancel some of the things we had planned: a boat trip on the river, a walk along the banks, a look around the shops, and resort to dashing out for a quick look around in between downpours. The rain let up slightly however in time for the evening performance. This is a long play. The actors’ performances were superb, as you would naturally expect from the Royal Shakespeare Theatre, but in our opinion Josette Simon as Cleopatra stole the show: imperious and majestic, it was hard to look at anyone else when she was on stage and the last scene was mesmerising.

The rain continued in the Cotswolds but this was another long-awaited trip. We have been saying for years that we should visit those famous little villages like Bibury, Burford and Bourton on Water with their quaint streets and honey coloured houses and even in the rain and under cloudy skies they didn’t disappoint. We stayed near Lechlade principally so that we could visit Kelmscott Manor, home to the Pre-Raphaelites William Morris, his wife Janie and her lover Dante Gabriel Rosetti.

Late June always brings our annual visit to the Lake District. We are not great walkers but we like to stroll around the lakes, go on a boat trip and re-visit the homes of our idols William Wordsworth and Samuel Taylor Coleridge. In contrast to our tripe to Bruges, Stratford and the Cotswolds, the weather in the Lakes, forecast to be cool, cloudy and rainy, turned out in fact to be hot dry and sunny. Luckily I had packed shorts and t shirts just in case! The Lake District looks impressive even under cloudy skies but blue skies and in warm sunshine it was superb .

The only thing that might prevent us from going again was the journey home, with the traffic on the M6 being almost grid-locked.